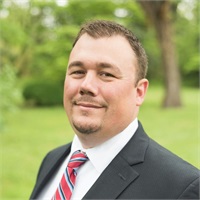 Prior to joining Landmark, Ryan worked as a Merchant Marine Mate and Captain. Ryan received his 100 ton Captain’s license in 2005, working in the Commercial Boating industry for over 12 year. He joined the family business in 2013.

Ryan received his Property & Casualty license in 2013. In 2016 he received his CLCS from the Hartford School of Insurance.